The #UCLfinal between Manchester City and Chelsea will hold at the Estadio do Dragao in Porto on the
29th day of May 2021.
6,000 fans of each team will be allowed to watch this year’s Champions League Final, live at the stadium.
Manchester City defeated Paris Saint-Germain to quality for the final breaking their record history. And
they will play against Premier League rivals, Chelsea who defeated Real Madrid 2-0 in their second leg
clash to seal a 3-1 aggregate win.
In other news, there will be a second all-English final after the 2019 showpiece between Liverpool and
Tottenham Hotspur.

You too can be a part of this, log on to www.tripplug.com to book your flight ticket to Portugal now !!! 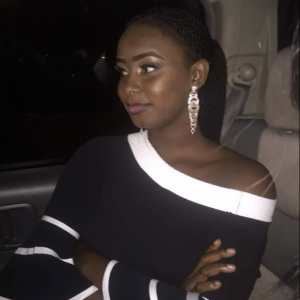 Tripplug is a leading online travel agency in Nigeria based in Lagos. Nurtured from the seed of a single great idea - to empower the traveler.

Tripplug offers travelers the convenience of booking travel online with a few clicks.

Talk to us What’s the problem? 😩 #tripplug

Shape your future now! We're taking you through th

"Rain is grace; rain is the sky descending to the

Surround yourself with positive vibes and allow tr

This error message is only visible to WordPress admins

There has been a problem with your Instagram Feed.

5 SIGNS YOU ARE A TRAVEL ADDICT

5 SIGNS YOU ARE A TRAVEL ADDICT

Traveling is one of the coolest things in the world, some people say it’s like a

SAVING FOR A TRIP

The secret to any trip is being smart with your money. Its important to know how

The food scene in Lagos changes rapidly, this makes it hard to catch up with. Onesecond